She says Whites are demons, not humans 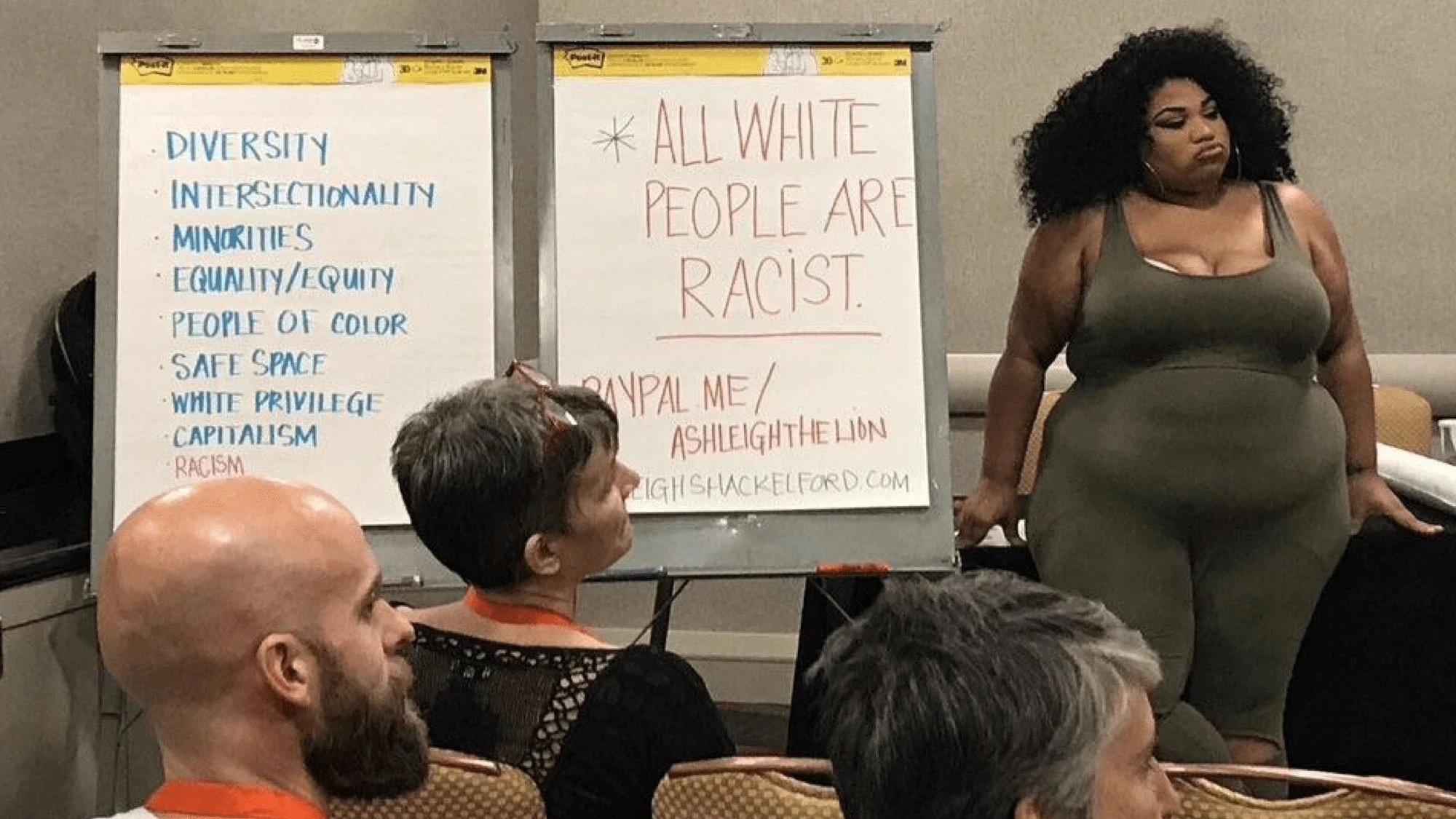 Ashleigh Shackleford: "All White People Are Racist" And "Devils"

Ashleigh Shackleford gives an incredibly racist presentation to a mostly white crowd in which she says that all white people are racist devils. She then adds her paypal to the bottom of the presentation to capitalize in any white guilt.

Ashleigh Shackleford describes herself: "Ashleigh Shackelford is a queer, nonbinary Black fat femme writer, cultural producer, and artist. She has been a contributing writer at Wear Your Voice Magazine and For Harriet. As a fat hood feminist, Ashleigh is committed to centering ratchet politics, body acceptance, accessibility, and anti-respectability within her work as a creator, producer, and speaker."

Pres. Biden will be appointing freaks like this to high-level positions.

This nuttiness is all over the schools. Megyn Kelly pulled her kids out of NYC schools because the administrators sent out a letter saying:

Where’s the urgency for school reform for white kids being indoctrinated in black death and protected from the consequences? ... This time if you really want to make a difference in black lives — and not have to protest this shit again — go reform white kids. Because that’s where the problem is — with white children being raised from infancy to violate black bodies with no remorse or accountability.

No, white kids are not taught to violate black bodies. Just the opposite. Most of the interracial crimes are by blacks against whites.

Kelly is one of the few to be willing to say that Santa Claus is white.