The war on radio

It is amusing to see the Apple fanbois deny that their products have any shortcomings. An Apple fan site says:

By Sam Oliver
Monday, April 20, 2015, 11:12 am PT (02:12 pm ET)
Millions of consumers have switched off their radios in favor of music and commentary streamed over the internet, a trend that many in the terrestrial broadcast industry allege has been bolstered by device makers and wireless carriers who have conspired to disable built-in radio receivers in a bid to sell more expensive data packages.

Most smartphones — and indeed other connected devices, like tablets — ship with one of a handful of universal wireless communications chips inside, usually made by companies like Broadcom or Murata. They combine multi-band Wi-Fi and Bluetooth radios in a single package, reducing size and increasing efficiency.

In many cases, these chips also pack a third over-the-air option: an FM tuner.

While many low-end devices take advantage of this to tick yet another feature checkbox, flagship smartphones rarely enable it. Apple's iPhone has never shipped with the ability to natively receive FM broadcasts despite having a built-in tuner, and Samsung largely dropped it from the Galaxy lineup after the Galaxy S3. HTC's One M9 does come with the feature, as do some Windows Phone models.

My smart phone cost a small fraction of an Apple iphone, and it has a radio. So do all my non-Apple ipods.

The android apps for listening to the radio are pretty terrible. NextRadio works great for some stations, but it only lets you listen to the station that are paying a fee to the app maker. The built-in app does not work.

Radios are getting harder to use. I bought two used cars with after-market radios, and both were inexplicably difficult to use. Both were still running a demo on the display, as the manufacturer apparently intended that the user turn that off after installation, but the user never figured out how.

Even cheap clock-radios have gotten difficult to use.
Posted by Roger at 8:00 AM No comments:

Baseball star Barry Bonds has now been acquitted of all the charges against him. The feds spent 12 years and probably $10M trying to convict him of some steroids-related crime.

I said that Barry Bonds is innocent back in 2006, and repeatedly posted weaknesses in the case against him, and how the press is libeling him.

Judge Stephen Reinhardt wrote that “this case involves nothing more than an irrelevant, rambling statement made by a witness during the course of a grand jury investigation.”

I will be looking to see if any sports writers admit that they were wrong.

Taking the Clear – the star drug of the Bay Area Laboratory Co-Operative – was not a crime, according to expert testimony included in grand jury documents.

Not only was the performance-enhancing drug tetrahydrogestrinone (THG) not specifically banned when athletes squirted “The Clear” under their tongues to gain an edge, the testimony also indicates that the drug wasn’t categorized by the Justice Department as a steroid until January 2005, long after the drug laboratory had been shuttered.

Yahoo! Sports has examined sealed grand jury testimony given by drug-testing expert Dr. Donald Catlin in 2003 and BALCO lead investigator Jeff Novitzky in 2004. Both men testified that THG was not a steroid according to the federal criminal code. Furthermore, Novitzky testified that “there’s never been any studies to show whether or not THG does, in fact, enhance muscle growth.”

Nevertheless people argue that Bonds must have known that it was a steroid.
Posted by Roger at 10:30 AM No comments:

The 2008 movie Demographic Winter is available on YouTube, in Part I and Part II. The 2013 video with a similar message.

Doomsayers from Thomas Malthus to Paul Ehrlich have warned of “overpopulation” leading to depleted resources and mass starvation. In reality, more people have generated to more prosperity and higher standards of living.

What the world faces in the 21st century is another type of demographic crisis, but one that is painfully real: falling fertility rates and aging populations which could ultimately endanger civilization.

The average woman has to have 2.1 children during her lifetime – just to replace current population.

In less than 40 years, fertility rates have fallen by over 50% worldwide. In 1970, the average woman had 6 children during her lifetime. Today, the global average is 2.9. The United Nations Population Division predicts a further decline to 2.05 by 2050.
In much of the industrialized world, the crisis can be discerned even now:

• Europe might as well hang a “Going Out of Business” sign on its door. The average birth rate for the European Union is 1.5, well below replacement (2.1). In Italy, it’s 1.2.

Another review complains about the supposed subtext:

The argument put forth in Demographic Winter is a familiar one to those who have been watching conservative strategy develop over the past several years: that with birthrates falling globally over the last half-century, and in most developed nations falling below the “replacement rate” of 2.1 children per woman, the ratio of young to old will shift dramatically and wreak havoc upon existing social security and healthcare systems. The economy at large may also suffer, as the elderly cease spending and a smaller generation of workers is crippled by the taxes needed to support their parents. And the reasons why it’s occurring is a litany of culture-war complaints: women working, the “divorce revolution,” the sexual revolution (including cohabitation and the pill), worries, or what the filmmakers call “inaccurate presumptions,” about overpopulation and limited resources, and an affluence that leads to fewer children. It’s a massive failure to be fruitful and multiply, writ large, but again, such religious cues are kept off-screen. ...

But there’s a more insidious undercurrent to the “demographic winter” argument as well, one its proponents fiercely deny, but which nonetheless permeates nearly all of the current debate on demographic worries: that the concern is not a general lack of babies, but the cultural shifts that come when some populations, particularly immigrant communities, are feared to be out-procreating others. This has become a standard right-wing argument in Europe and the U.S., launching a series of books since 2001 that predict a coming Muslim onslaught that will displace traditional Western populations, ... Demographic Winter is an entry in the growing canon of profamily scholarship that seeks to make an “air-tight case” for the theological ideas of the “natural family” based on social science alone, de-sublimating Biblical claims into research-driven theories.

I am not sure that is the subtext, as the movie clearly says that United Nations projections show the entire world population peaking, and starting to decline in about the year 2050.

However, those UN projections are out of date. The Dec. 2014 UN projections show the world population increasing for the foreseeable future, and still increasing in 2100. The biggest gains will be in Africa, India, and China.

Nearly all the examples of birth rate decline were from Europe and Japan. Japan's has been decline for two generations. Other Western developed countries countries have been declining since about 1960, altho some of them have replaced the loss with immigrants.

The news media reminds us daily about how global warming might have an effect over the next century. But the demographics changes may be far more significant. There are technological fixes for the climate, but not for demographics.

These movies do not say what to do about these trends. One shows a couple of white lesbians adopting a couple of black babies. (Last one, at 1:09:30.) I am not sure the point of that. Is that the logical consequence of an excess of older infertile white women and an excess of poor African kids?

One conclusion might be that some populations are overbreeding, while others are underbreeding. Justice Ruth Bader Ginsburg has argued (in 2009) that a major purpose of legalizing abortion was to reduce the population growth in the people we don't want:

Frankly I had thought that at the time Roe was decided, there was concern about population growth and particularly growth in populations that we don’t want to have too many of.

She later clarified that she was quoted accurately and concerned about overpopulation in the welfare class.

Abortion is just one of many government and social policies with long-term effects on demographics. The movies mention various anti-family policies in Western countries, and these lead to low fertility in wealthy communities.

The net effect of all these policies is to de-populate the societies who created the modern world, and replace them with runaway overbreeding and migration in Third World countries.

Demographic changes seems to be a lot more important than climate change over the next century. Global warming is only expected to raise sea level a couple of feet, and most of the CO2 emission growth is coming from those high-population Third World countries. Most of the other environmental threats of the future are also attributable to Third World population growth, and to immigration to America and Europe. I don't have any answers, but it is very strange for this issue to be ignored by anyone claiming to be concerned about global warming or pollution.
Posted by Roger at 8:00 AM No comments:

According to this, grilled cheese lovers enjoy life better is all sorts of ways.
Posted by Roger at 8:00 AM No comments:

Email ThisBlogThis!Share to TwitterShare to FacebookShare to Pinterest
Labels: food 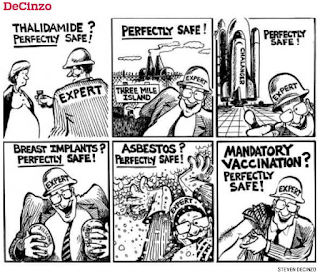