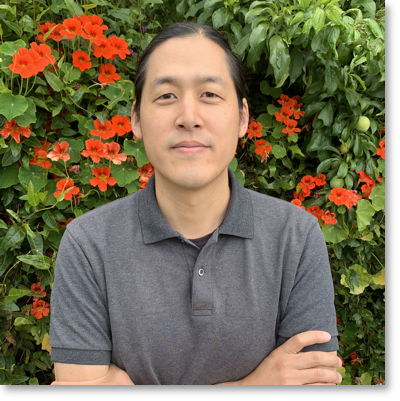 The Racist Legacy of Computer-Generated Humans ...

Computer-generated imagery is supposed to be one of the success stories of computer science. ...

Alas, this technology has an insidious, racist legacy all its own. ...

This technical obsession with youthful whiteness is a direct reflection of Hollywood appetites. As in real life, the roles for computer-generated humans all go to young, white thespians. ...

The racist legacy of computer-generated imagery does not cost people their lives, but it determines whose stories can be told. And if Black Lives Matter, then the stories of their lives must matter too.

His complaint is that computer rendering young beautiful long-haired White women is technically much more difficult than doing Black Africans with short kinky hair. If Hollywood had chosen to use Black Africans for their big stars, then it could have done a better job of tricking us with computer animations.

I guess he is Korean-American and identifies as non-white, but computer graphics technology was 98% created by White people. And the people buying movies tickets are not that eager to see a lot of computer-generated short-haired Black folks.

All this sounds like a joke, but it is not. Neither is this article on The Unintentional Racism Found in Traffic Signals. The world is going mad.

Here is another attack on beauty:

The director of the Tour de France, Christian Prudhomme, has indicated that pretty girls will no longer be handing over winning jerseys at the end of each stage.

The protocol was deemed “sexist” by women’s rights activists. For decades, pretty girls have been giving away different jerseys at the end of the Tour de France stages. In 2019, however, a petition was signed by 38 000 people to denounce this tradition, stating that women “are not objects, not rewards”.

Soon Hollywood will be required to hire only ugly actresses. That may have happened to Netflix already, as some of their big shows feature ugly actresses.
Posted by Roger at 8:00 AM