My own forays into Wrongthink have made me the subject of constant bullying by colleagues who disagree with my views. They have called me a Nazi and a racist; I have learned to brush off comments about how I’m “writing about the Jews again.” Several colleagues perceived to be friendly with me were badgered by coworkers. My work and my character are openly demeaned on company-wide Slack channels where masthead editors regularly weigh in. There, some coworkers insist I need to be rooted out if this company is to be a truly “inclusive” one, while others post ax emojis next to my name. Still other New York Times employees publicly smear me as a liar and a bigot on Twitter with no fear that harassing me will be met with appropriate action. They never are.

There are terms for all of this: unlawful discrimination, hostile work environment, and constructive discharge. I’m no legal expert. But I know that this is wrong.

I do not understand how you have allowed this kind of behavior to go on inside your company in full view of the paper’s entire staff and the public.

She calls herself a "left-leaning centrist", but she is really a big advocate of Jewish identity politics. She favors whatever is good for the Jews, and bad for non-Jewish Whites. I don't know why she didn't fit in at the NY Times, unless she is not sufficiently aligned with the anti-White agenda.

Andrew Sullivan, who is known mostly for pro-war, pro-gay, and pro-left views, is apparently not woke enough for his New York employer.


Asked About Black Americans Killed by Police, Trump Says, ‘So Are White People’

The president rejected the fact that Black people suffer disproportionately from police brutality and made startling remarks ...

Mr. Trump added to his long record of racially inflammatory comments during an interview with CBS News, in which he brushed off a question about Black people killed by police officers, saying that white people are killed in greater numbers.

No, it is not a fact that Blacks suffer disproportionately. Every academic study has found Blacks commit many more crimes than Whites, and that the police act in proportion to the crimes committed.

The article keeps using uppercase "Blacks" and lowercase "whites". This is clear proof that the NY Times hates Whites.


Statistics show that while more white Americans are killed by the police over all, people of color are killed at higher rates. A federal study that examined lethal force used by the police from 2009 to 2012 found that a majority of victims were white, but the victims were disproportionately Black. Black people had a fatality rate at the hands of police officers that was 2.8 times as high as that of white people.

It doesn't link to the study. It obviously counted Blacks like Michael Brown, who was shot while trying to kill a police officer. Yes, Blacks resist arrest a lot more than Whites, and when that happens, police need to use force. If you look at similar situations, Blacks are treated better than Whites.


Dan Scavino, one of the president’s closest advisers, shared the cartoon by Ben Garrison, an alt-right artist who has been criticized for anti-Semitic imagery.

It doesn't link to the cartoon, and the major American news sites don't either. I had to find it in the London Daily Mail. 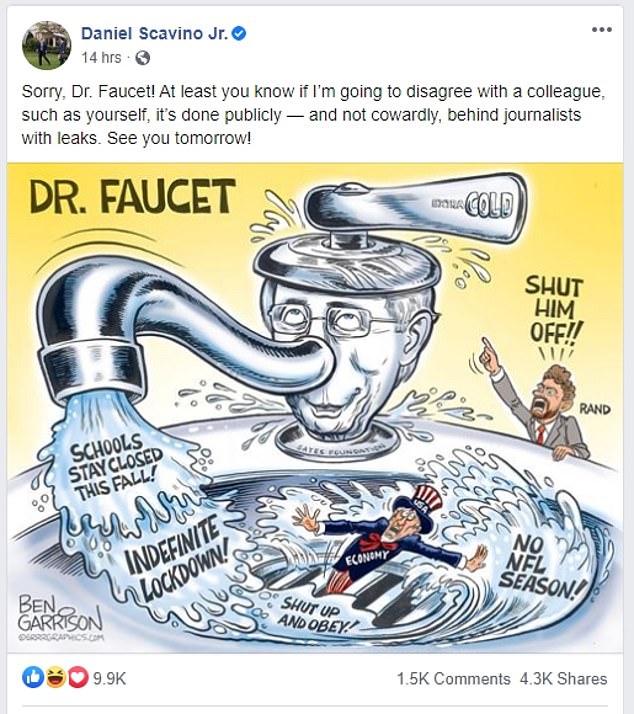 This is a good example of Jews complaining about anti-Semitism, when Jews don't even have anything to do with the story. I also had to read the Daily Mail for the anti-Semitism explanation. It is because the same cartoonist once drew a cartoon critical of George Soros. Apparently you cannot criticize George Soros without the NY Times calling you anti-Semitic.

The so-called "dark triad" personality traits — Machiavellianism, narcissism, and psychopathy — lead to characteristics like "self-promotion, emotional callousness, duplicity, and tendency to take advantage of others," the paper explains.

And "treated as a composite, the Dark Triad traits were significant predictors of virtuous victim signaling."

This held true "even when controlling for factors that may make people vulnerable to being mistreated or disadvantaged in society (i.e., demographic and socioeconomic characteristics) as well as the importance they place on being a virtuous individual as part of their self-concept," the researchers note.

They point out that virtue signaling is defined as "the conspicuous expression of moral values, done primarily with the intent of enhancing one's standing within a social group."


It would be wrong to blame white women for any of this. Women are more conformist and submissive than men. They bow to what they think is powerful, respectable, and authoritative. It is not their fault that ideas that are destroying our country and our people have become authoritative. It is men — white men — who let that happen. Women will not change until we change.

I think that the NY Times is just doing everything it can to incite Blacks to kill Whites. It is all going to get a lot worse if Joe Biden gets elected.

A Republican Senate candidate recently declared herself “one of the thousands of digital soldiers” in service of QAnon, a convoluted pro-Trump conspiracy theory about a “deep state” of child-molesting Satanist traitors plotting against the president. A congressional candidate in Colorado who made approving comments about QAnon bested a five-term Republican incumbent in a primary last month.

And then there is Marjorie Taylor Greene, a Georgia Republican who is perhaps the most unabashedly pro-QAnon candidate for Congress and has drawn a positive tweet from President Trump. She recently declared that QAnon was “a once-in-a-lifetime opportunity to take this global cabal of Satan-worshiping pedophiles out.”

I guess the NY Times considers it anti-Semitic to attack child-molesting Satanist traitors.

Update: Here are examples of Bari Weiss advocating the extermination of non-Jews. Those got her promoted at the NY Times, not fired. Also, that site refers to her as a lesbian, but bisexual is probably more accurate. She was married to a man for three years.

Wikipedia says: In 2019, The Jerusalem Post named Weiss the seventh most influential Jew in the world.

Update: Bari Weiss identifies herself as a Jewish Zionist bisexual woman. At last report, she had dumped her husband and was dating another female writer.
Posted by Roger at 8:00 AM