Israeli rocket crashes on the Moon 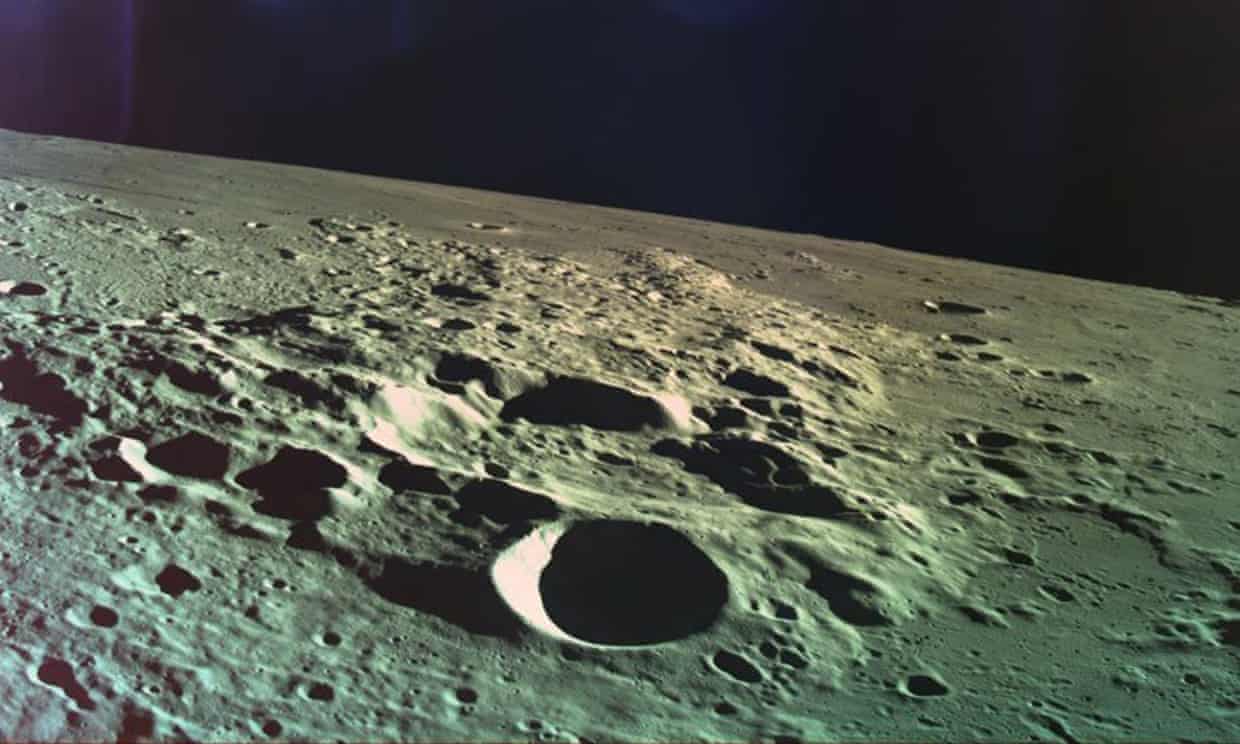 
An Israeli spacecraft has crashed into the lunar surface, ending the first privately funded attempt to land on the moon.

About the size of a washing machine, the 585kg (1,290lb) robotic lander experienced an engine and communication failure in the last seconds of touchdown. ...

Its frame held a time capsule of digital files the size of coins containing the Torah, children’s drawings, dictionaries in 27 languages, Israeli songs, as well as memories of a Holocaust survivor.

Is this a joke? This Jewish stuff is too weird for me sometimes.

In 1969, the USA sent a man to the Moon to plant an American flag. Hollywood made a movie about it, but left out the flag. Now Israel crashes a washing machine robot with coins and Jewish Holocaust propaganda into the Moon!


I was saddened about the results of the Israeli election. The Beresheet lander, which lost its engine and crashed onto the moon as I was writing this, seems like a fitting symbol for where the country is now headed. Whatever he was at the start of his career, Netanyahu has become the Israeli Trump ...

The original Zionist project — the secular, democratic vision of Herzl and Ben-Gurion and Weizmann and Einstein, which the Nazis turned from a dream to a necessity — matters more to me than most things in this world, and that was true even before I’d spent time in Israel and before I had a wife and kids who are Israeli citizens. It would be depressing if, after a century of wildly improbable victories against external threats, Herzl’s project were finally to eat itself from the inside. Of course I have analogous worries (scaled up by two orders of magnitude) for the US — not to mention the UK, India, Brazil, Poland, Hungary, the Philippines … the world is now engaged in a massive test of whether Enlightenment liberalism can long endure, or whether it’s just a metastable state between one Dark Age and the next. ...

I’m happy that my good friend Zach Weinersmith (legendary author of SMBC Comics), as well as the GMU economist Bryan Caplan (rabblerousing author of The Case Against Education, which I reviewed here), have a new book out: a graphic novel that makes a moral and practical case for open borders (!).

This is so deranged that it is hard to unravel.

If you google Aaronson, you will find that almost all of the attacks on him are from the Left. His views are about 99% the same as what you would expect from a Jewish atheist leftist academic, but he is slightly more centrist on some issues, so he is attacked mercilessly by SJWs.

But he learns nothing from it.

Even tho he is a non-religious American, he obvious identifies with Jews, Israel, and Zionism much more than America. He wants open borders for America, and a Jews-only policy for Israel.

The arguments for open borders belong in a comic book, they are so ridiculous. They only make sense if you are an America-hating and Trump-hating Jew who is planning to exit to Israel anyway. He does not need to make America better for his kids, because his kids are Israeli citizens.


I’m happy that Greta Thunberg, the 15-year-old Swedish climate activist, has attracted a worldwide following and might win the Nobel Peace Prize. I hope she does — and more importantly, I hope her personal story will help galvanize the world into accepting things that it already knows are true, as with the example of Anne Frank (or for that matter, Gandhi or MLK). Confession: back when I was an adolescent, I often daydreamed about doing exactly what Thunberg is doing right now, leading a worldwide children’s climate movement. I didn’t, of course. In my defense, I wouldn’t have had the charisma for it anyway — and also, I got sidetracked by even more pressing problems, like working out the quantum query complexity of recursive Fourier sampling. But fate seems to have made an excellent choice in Thunberg. She’s not the prop of any adult — just a nerdy girl with Asperger’s who formed the idea to sit in front of Parliament every day to protest the destruction of the world, because she couldn’t understand why everyone else wasn’t.

So she is a nerdy Asperger girl with the charisma to lead a worldwide children’s climate movement in the example of Anne Frank?! He seems to be trolling us with his weirdo nerdy Jewish views, but I am pretty sure that he is completely serious.
Posted by Roger at 8:00 AM