Biden won only 17% of counties

On Dec. 8, the think tank updated its report with new data. The updated report showed that Biden won 509 counties, while Trump won 2,547 counties. Results from 28 counties have still not been finalized, per Brookings Institution.

But according to the updated data, Biden won 16.7% of counties with finalized results. That represents a record-low proportion for a winning presidential candidate.

It might have been a lot less, as many Biden voters regret their votes.

The National Mall is being locked down. Hardly anyone was expected to show up for the Biden inaugeration anyway. California is calling up the National Guard for its Capitol, as if anyone cares about that. The Left is seizing power like never before, and not taking any chances. They must realize that support for Biden is very thin. 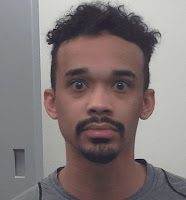 A leftist activist who is facing criminal charges in Utah stemming from a “defund the police” rally was arrested and charged for his role in the deadly insurrection at the U.S. Capitol, the Justice Department said Thursday night.

John Sullivan, of Utah, was charged with civil disorder, disorderly conduct, and entering a restricted building without authority.

He was goading Ashli Babbitt to jump through a window as he recorded her being shot. Not all of the trouble-makers were Trump supporters.

Regrettably, the House Democrats have forgotten an important lesson from the impeachment trial of President Andrew Johnson. In 1868, the Radical Republicans impeached the Tennessee Democrat for using "intemperate" and "inflammatory" language that was critical of Congress. Ultimately, Johnson was never convicted on this charge, in part, because pivotal Republican Senators insisted that the First Amendment protects the President's freedom of speech. History may repeat itself again soon. To secure a conviction, House managers, acting as prosecutors, must make their case to the Senate, and to the country, that convicting Trump is consistent with the First Amendment. The President's right to free speech should not be simply dismissed out of hand.

After Lincoln's assassination in 1865, Vice President Andrew Johnson became President. Over the next three years, Johnson frequently clashed with Congress. The Radical Republicans wanted to pursue a vigorous and forceful reconstruction of the southern states in the wake of the Civil War. Johnson opposed many of these efforts. This conflict peaked when Johnson fired Edwin Stanton, who was Lincoln's holdover Secretary of War.

In 1868, the House of Representatives approved eleven articles of impeachment against Johnson. Most of the articles concerned Stanton's termination. But Article 10 focused on Johnson's public criticism of Congress. It asserted that Johnson brought Congress "into disgrace, ridicule, hatred, contempt and reproach." In one speech in Washington, D.C., Johnson said Congress only "pretend[ed] to be for the Union," but was for "only part of the States," and sought to "exercise [the] power" of a "despotism." In a second speech in St. Louis, Johnson said that "Congress, factions and domineering, had undertaken to poison the minds of the American people." In a third speech in New Orleans, Johnson said he was betrayed by Radical Republicans who had "diabolical and nefarious" plans.

Ultimately, Johnson was acquitted in the Senate.

Johnson had a constitutional right to do everything that he did. The impeachment was just a power play by his political enemies. History is repeating itself.
Posted by Roger at 6:00 AM

Email ThisBlogThis!Share to TwitterShare to FacebookShare to Pinterest
Labels: poll

Are county populations across America the same? If not, then that statistic isn't particularly relevant.

Elected officials represent both people and geographical areas. This info shows that Biden's only has strong support in few areas, and most of the areas are not well represented by the Biden administration.

People vote, areas do not.