Complaining that math is elitist 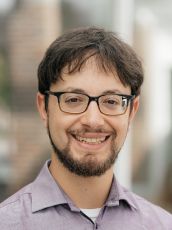 Why does mathematics matter to society at large? Listen to mathematicians, policymakers, and educators and the answer seems unanimous: mathematics is everywhere, therefore everyone should care about it. ...

Imagining math to be everywhere makes it all too easy to ignore the very real politics of who gets to be part of the mathematical elite that really count — for technology, security, and economics, for the last war and the next one. Instead, if we see that this kind of mathematics has historically been built by and for the very few, we are called to ask who gets to be part of that few and what are the responsibilities that come with their expertise. We have to recognize that elite mathematics today, while much more inclusive than it was one or five or fifty centuries ago, remains a discipline that vests special authority in those who, by virtue of gender, race, and class, are often already among our society’s most powerful. If math were really everywhere, it would already belong to everyone equally. But when it comes to accessing and supporting math, there is much work to be done. Math isn’t everywhere.

Mathematical knowledge is available to everyone, more or less equally. It is taught in every school. Books and videos at every level are freely available on the web.

The best schools are a couple of years ahead of the worst schools, but almost everyone has a chance to get a first class math education.

Talent is not distributed equally, of course. Most ppl have difficulty with the simplest math arguments.

Universities are filled with scholars whose main object is to dream up kooky theories for blaming straight white Xian men. Barany is an example.

We need more math competence, not less.
Posted by Roger at 8:00 AM