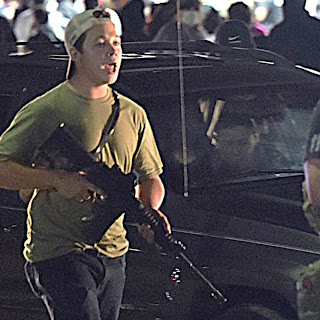 A former NY Times reporter explains that he wrote a story on how the Kenosha riots hit the poor and multi-racial areas the hardest. The editors held up the story until after Joe Biden could be elected.

This was just one of the minor ways in which the Democrats manipulated the election.

I think this Kyle Rittenhouse trial is a real turning point. It has sharply polarized the USA.

I am trying to see both sides, but it is tough. The rioters are almost pure evil. They were criminals out celebrating criminal behavior by causing death and destruction of innocent parties.

Rittenhouse was almost pure good. The worst you can say about him is that he was naive, or inexperience, or to eager to help people who did not appreciate him.

The shootings were about a clear-cut case of self-defense as there can be. Rittenhouse was armed, and avoiding conflict. The rioters were chasing him and trying to kill him, with full knowledge of him having a loaded gun.

Michael Brown of Ferguson Missouri also charged a man with a loaded gun, with full knowledge that he was asking to get shot. It was alsmost suicide-by-cop.

And yet the Left tries to make heros out of Michael Brown, and the Kenosha rioters.

Kenosha is a disgrace. They let rioters burn their city, and then prosecuted the only guy standing up for law and order.

Update: The Kenosha jury has now determined its verdict: Not guilty on all counts. They ought to give Rittenhouse his AR-15 back, as he walks out of the courtroom. He may sue the news media who called him a murderer.