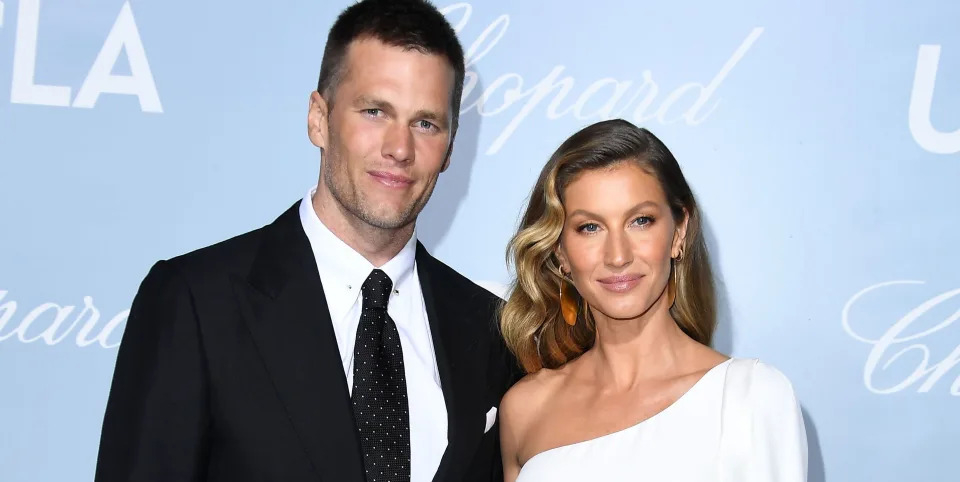 I have occasionally posted how the world's most desirable husbands are not good enough for their wives.

Some celebrity relationship drama heading into the weekend: Page Six is out here reporting that Tom Brady and Gisele Bündchen are in the middle of an "epic fight" about his decision to "un-retire" from the NFL, and they're reporting that she's left the family compound in Tampa for a trip to Costa Rica.

“Tom and Gisele are in a fight right now,” one source told the outfit, while another added “There’s been trouble in the marriage over his decision to un-retire. Gisele has always been the one with the kids. They had agreed he would retire to focus on the family, then he changed his mind.” Meanwhile, a third anon source claimed the couple have a "fiery relationship" and that "Gisele is a bit hot-headed."

One of Page Six's fleet of sources also notes that after Tom un-retired, Gisele also went back to work. “It’s almost like Gisele was like, ‘Well, if you’re going to keep playing, so will I," the source said. "She’s resentful that Tom is still the football superstar.”

This is mind-boggling. She marries the world's most successful football player, and then complains that he likes to play football.

If Tom Brady is not good enough for his 42-year-old wife, what hope is there for the rest of us?

Yes – 45 is a regular age the woman decides to leave, often with no signs at all until a few weeks before (which is why all these guys on the internet saying “oh I’m married and it’s fine, you just need to man up” are so full of shit).

I always give lists of men who can’t keep their wives from leaving them.

People come to me saying they know how to keep a woman. And it’s like “bro, if you had that information, you could have sold it to him for any amount less than $38 billion.” Bezos was forced to pay his bitch wife $38 billion. If you had the secret knowledge, he could have paid you $35 billion, and come out $3 billion up.

No one can say that Tom Brady isn’t both totally alpha and totally pious. He had the perfect family, was the nicest guy, was ultra rich, the most famous athlete of a generation, was totally Christian and conservative – and here he is.

Update: Hillary Clinton is still formally married, and says that the gutsied thing she ever did was to stay married to the President of the USA. That should have been the easiest. She always gives the impression that her husband is not really good enough for her, but her political ambitions require that Bill be her husband.
Posted by Roger at 6:00 AM

Email ThisBlogThis!Share to TwitterShare to FacebookShare to Pinterest
Labels: marriage

No matter how wealthy the guy is, He should be able to divorce his wife without giving her half of everything he earned. I also believe in 'The shoe on the other foot' doctrine (it's called integrity) so I would say the same thing to the guy if his wife was far more wealthy than him, he isn't owed half of her wealth just because they lived together for awhile.

Marriage is not and never was intended to be a misandrist grift or a golden parachute to a person you are no longer even married to. Why should anyone continue to enjoy a 'lifestyle they have become accustomed to?', No man ever got this kind of severance package after he was fired or quit a job. You break the contract, you lose the bennies, sorry. No one 'owes' anyone half their wealth and continued support for the rest of their lives, even your own kids. Crap like this makes prostitution begin to look like a financially responsible alternative. I fully support marriage reform, it should be used primarily for the protection of the children and for inheritance purposes, not a get rich scheme for jilted lovers.

Ladies, you are fully liberated and have been for quite some time. You can go get a job now, just like any man, in many cases even more easily than a man. Isn't that grand?