Esquire has to kill story about white boy 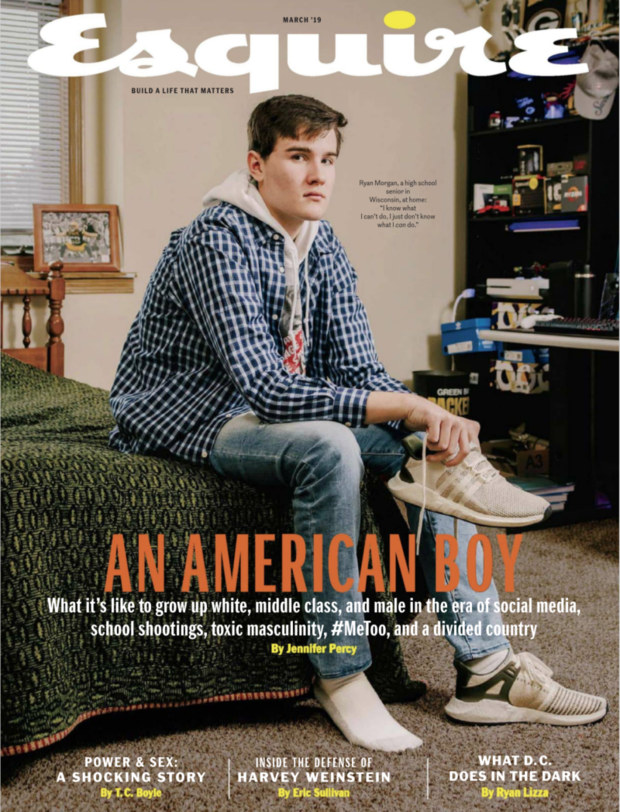 
Esquire magazine dropped the cover story for its March issue on Tuesday, and many people expressed their frustration with the 17-year-old boy profiled in the article. The author of the cover story, Jennifer Percy, says the presentation for her feature story was "misleading."

"The Life of an American Boy at 17" follows Ryan Morgan and, according to the cover, "what it's like to grow up white, middle class, and male in the era of social media, school shootings, toxic masculinity, #MeToo, and a divided country."

In an email to CBS News, Percy wrote the "article shows how much work we still have to do to educate boys about inherited white male privilege. It also shows that the teenage years are an ideal time to make change." ...

Several social media users were outraged that the magazine would release a story that highlights white males during Black History Month. ...

Some people thought releasing the now-controversial cover was a strategy to get people talking about Esquire's continuing series, which will later profile other, more diverse people. Some defended Esquires choice in subject, saying Morgan is, in fact, the typical American boy.

So the typical American boy cannot be portrayed as White anymore?

I am guess that only Whites and Jews read Esquire anyway. Why should it cave to demands of the White-haters? This shows how far White hatred has gone.
Posted by Roger at 8:00 AM