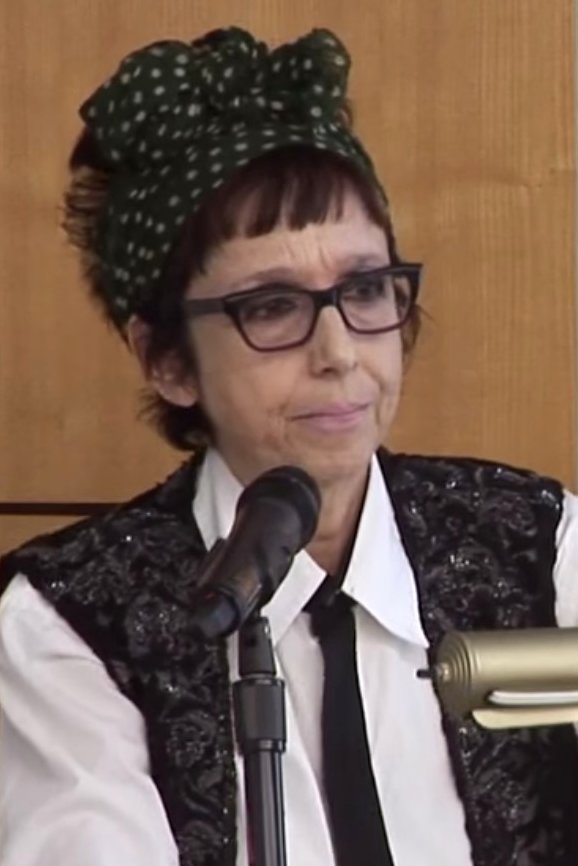 
Mr. Reitman, who is now 34 and is a visiting fellow at Harvard, says that Professor Ronell kissed and touched him repeatedly, slept in his bed with him, required him to lie in her bed, held his hand, texted, emailed and called him constantly, and refused to work with him if he did not reciprocate. Mr. Reitman is gay and is now married to a man; Professor Ronell is a lesbian.

Professor Ronell, 66, denied any harassment. “Our communications — which Reitman now claims constituted sexual harassment — were between two adults, a gay man and a queer woman, who share an Israeli heritage, as well as a penchant for florid and campy communications arising from our common academic backgrounds and sensibilities,” she wrote in a statement to The New York Times. ...

Diane Davis, chair of the department of rhetoric at the University of Texas-Austin, who also signed the letter to the university supporting Professor Ronell, said she and her colleagues were particularly disturbed that, as they saw it, Mr. Reitman was using Title IX, a feminist tool, to take down a feminist.

So they are both sick and irresponsible perverts, but they are Israeli heritage Jews and he's gay and she's a lesbian feminist so their behavior is all okay except that a law designed for feminists to punish men is being used to hold a woman accountable.

The NY Times is obviously quite conflicted on this one.

In other NY Times news:


Stephen Miller’s Uncle Calls Him a Hypocrite in an Online Essay ...

But in an essay posted online Monday, Dr. David S. Glosser, Mr. Miller’s uncle, argues that the family would have been turned away if the immigration policies currently backed by Mr. Trump and Mr. Miller were in place at the time. ...

In the article, Mr. Glosser related in detail the story of Wolf-Leib Glosser, who arrived on Ellis Island in 1903 from the village of Antopol in Eastern Europe, fleeing persecution and forced conscription. Wolf-Leib Glosser was Mr. Miller’s great-grandfather on his mother’s side, writes Mr. Glosser. ...

Mr. Miller — who attended Santa Monica High School in Santa Monica, Calif., one of the country’s most liberal communities — has pushed for an end to the family-based immigration laws that went into effect in the mid-1960s, arguing that the United States should restrict entry to those who can contribute the most to the American economy.

Will someone send a dictionary to the NY Times?

Why is it news that someone has an uncle with a differing political opinion? Don't most people have such uncles?

It is news because the Jews at the NY Times have a political agenda here. They expect all Jews to support the eliminationist rhetoric of the anti-whites, so they find excuses to attack Miller.

What stands out about Miller is that he is a Jew who is actually a patriot who is working to make the USA great. And the Jews at the NY Times hate him for that.
Posted by Roger at 8:00 AM