The Jews are ramping up their ideological censorship of opposing views.


YouTube has always had rules of the road, including a longstanding policy against hate speech. In 2017, we introduced a tougher stance towards videos with supremacist content, including limiting recommendations and features like comments and the ability to share the video. This step dramatically reduced views to these videos (on average 80%). Today, we're taking another step in our hate speech policy by specifically prohibiting videos alleging that a group is superior in order to justify discrimination, segregation or exclusion based on qualities like age, gender, race, caste, religion, sexual orientation or veteran status. This would include, for example, videos that promote or glorify Nazi ideology, which is inherently discriminatory. Finally, we will remove content denying that well-documented violent events, like the Holocaust or the shooting at Sandy Hook Elementary, took place.

These examples make the agenda clear. Jews are obsessed with maintaining their narrative about the Jewish Holocaust, and do not tolerate any other views.

Mentioning Sandy Hook is a direct shot at Alex Jones. He is not anti-Jewish, but his radio program was pro-Trump, and Jewish leftists hate him for that. Nobody actually cares about his Sandy Hook theories.

These examples have no purpose except to signal that Youtube censorship will have the primary purposes of policing Jewish narratives and attacking Trump.

If that isn’t obvious enough, Reuters reports that Jews are taking credit for the Youtube censorship:


Jonathan Greenblatt, chief executive of the Anti-Defamation League, which researches anti-Semitism, said it had provided input to YouTube on the policy change.

"While this is an important step forward, this move alone is insufficient and must be followed by many more changes from YouTube and other tech companies to adequately counter the scourge of online hate and extremism," he said in a statement.

Other types of videos to be removed under YouTube's new rules include conspiracy theories about Jews running the world, calls to deny women civil rights on the grounds they are less intelligent than men, and some white nationalist content, Shadloo said.

So Jews get control of the platform for 90% of web videos, push thru some policies favoring Jewish interests, and then declare that no one can theorize about Jews running the world!

Nearly all religious followers believe that their particular religion is superior to the others, and hence to be preferred. It would appear that the new Youtube policy prohibits expressing such opinions. 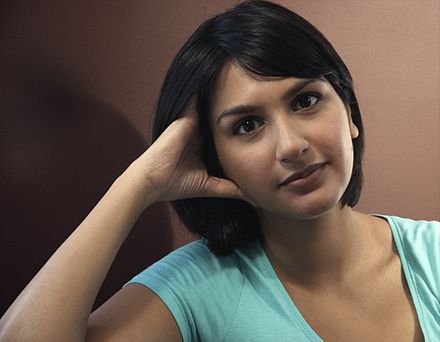 A new book on the science of racial superiority has received mixed reviews. Some say that race does not exist, while others point to thousands of scientific studies showing racial differences.

Is Youtube really going to allow just one side of this debate?

My guess is that non-Jews will have to start speaking, if they want to evade the Jewish censors. Maybe that book is actually written by a White supremacist masquerading as a brown woman obeying orders from Jewish masters. Her web site says that she is now making a BBC documentary on eugenics. Maybe she will recite a bunch of obviously-false gobbledygook to discredit herself.
Update: Youtube justified this using some story about Steven Crowder calling someone a "gay Mexican", but I did not realize that the gay Mexican is also Jewish, according to a source.