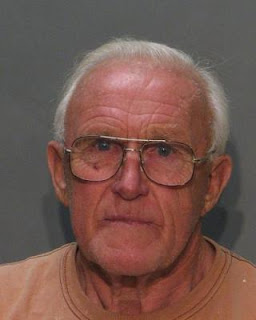 A former South Bay youth soccer coach with a long and lauded history in the sport faces charges he molested an 11-year-old child while volunteering as a locker room attendant during a recent FC Gold Pride women's professional soccer game.

Thomas Anderson, 75, of San Jose, who is scheduled to enter a plea in the case Monday, is charged with eight felony counts of a lewd or lascivious act on a child younger than 14, police said.

While at a Gold Pride soccer game July 19 at Santa Clara University's Buck Shaw Stadium, two witnesses reported seeing Anderson acting inappropriately with a child, police said. ... Gold Pride officials ... said he brought the victim to the game with him. ...

His arrest is the latest in a string of high-profile cases in the local athletic scene. ...

"I am in disbelief," said Bob O'Connor, treasurer of the West Valley Youth Soccer League, which Anderson founded decades ago. O'Connor regularly saw Anderson at Gold Pride soccer and Earthquake soccer events, where O'Connor also volunteered. "He was a good friend, we shared a lot of soccer interests so I am in absolute shock over this." ...

O'Connor described Anderson as a friendly, outgoing sort, admired by both children and adults. O'Connor said he never saw any hint of inappropriate behavior toward children. "He was very nonthreatening, he was funny and quite a character, they liked him." ...

Anderson was arrested Friday and arraigned on Wednesday. If convicted, he faces 22 years in prison.

My guess is that a lot of men will refuse to volunteer for youth activities after reading a few stories like this. A false accusation is just too easy, too common, and too dangerous.

I am all in favor of jailing child molesters, but this story seems very improbable to me. The man is 75 years old. He has spent his whole life coaching and assisting youth sports, and everyone praised his work. He brought the kid to the game.

If he is really a child molester, how is it that no one ever suspected anything before? If he wanted to molest the kid, why wouldn't he do it before or after the game when no one was watching?

And what did he do? The accusation is that he was "acting inappropriately". People have widely different opinions about what is inappropriate. It appears that the man and the child were fully clothed. He may have just given the kid a hug, and some bystander disapproved.

The man's life is ruined whether he is innocent or guilty. The newspaper named him in a prominent page 1B story, and allows his accusers to remain anonymous. It does not even detail the accusations. It is impossible for him to defend himself.

I believe that the man should be considered innocent until proven guilty. The accusers in this case could have just notified the child's parents. This smells like a witch-hunt.
Posted by Roger at 10:00 AM

that is just wrong; poor man!!

A 76-year-old former South Bay youth soccer coach pleaded guilty today to felony charges of molesting two young boys and will spend at least 15 years in prison as part of a deal with the Santa Clara County District Attorney's Office.
Thomas Anderson, a native of Scotland who is well-known in the South Bay soccer community, was arrested in summer 2009 after witnesses saw him fondling a young boy at a Gold Pride professional women's soccer game at Buck Shaw Stadium in Santa Clara.
Anderson, who originally pleaded not guilty to nine counts of child molestation, entered a guilty plea to two counts of lewd and lascivious acts on a child under 14. Anderson, who is scheduled to be sentenced June 15, won't be eligible for parole until he's 91 years old.
Upon his release, Anderson will have to register as a sex offender and will also be eligible for deportation, according to prosecutor Bill Butler.
"There was a tremendous amount of evidence," said Butler, adding that Anderson confessed to police. "This was a case about sentencing and proper punishment rather than guilt or innocence."
According to court records, one of the boys was 11 at the time of the acts; the other is alleged to have been molested by Anderson from April 2002 to April 2005, when the boy was 8 to 10 years old.
Anderson's attorney, Richard Pointer, said in court that his client's rationale in pleading guilty was to ensure that the "two young victims" would not have to testify in court.
He did not want these boys to go through the legal process," Pointer said.
The investigation into Anderson's illicit relationship with the boys began July 19, when two witnesses reported seeing him fondling a young boy while serving as a volunteer security guard at a Gold Pride professional women's soccer game at Buck Shaw Stadium in Santa Clara. Officials said Anderson brought the boy to the game.
Anderson originally pleaded guilty to nine felony counts and requested a court trial as opposed to a jury trial.
Butler said the sentence is adequate based on Butler's age and the fact he "spared the two young victims the trauma of testifying at a preliminary hearing and subsequent trial."
Butler said the young victims were "family acquaintances" and did not meet Anderson through coaching soccer or being in soccer.
"This was more of taking advantage of a position of trust as a family friend and the act was caught because it was done in a relatively public setting," Butler said.
The victims' families were involved in the resolution of the case, Butler said.
Authorities also have confirmed that Anderson was convicted of misdemeanor child molestation in 1994.

Thanks for posting the plea bargain story, but it doesn't really answer my questions.