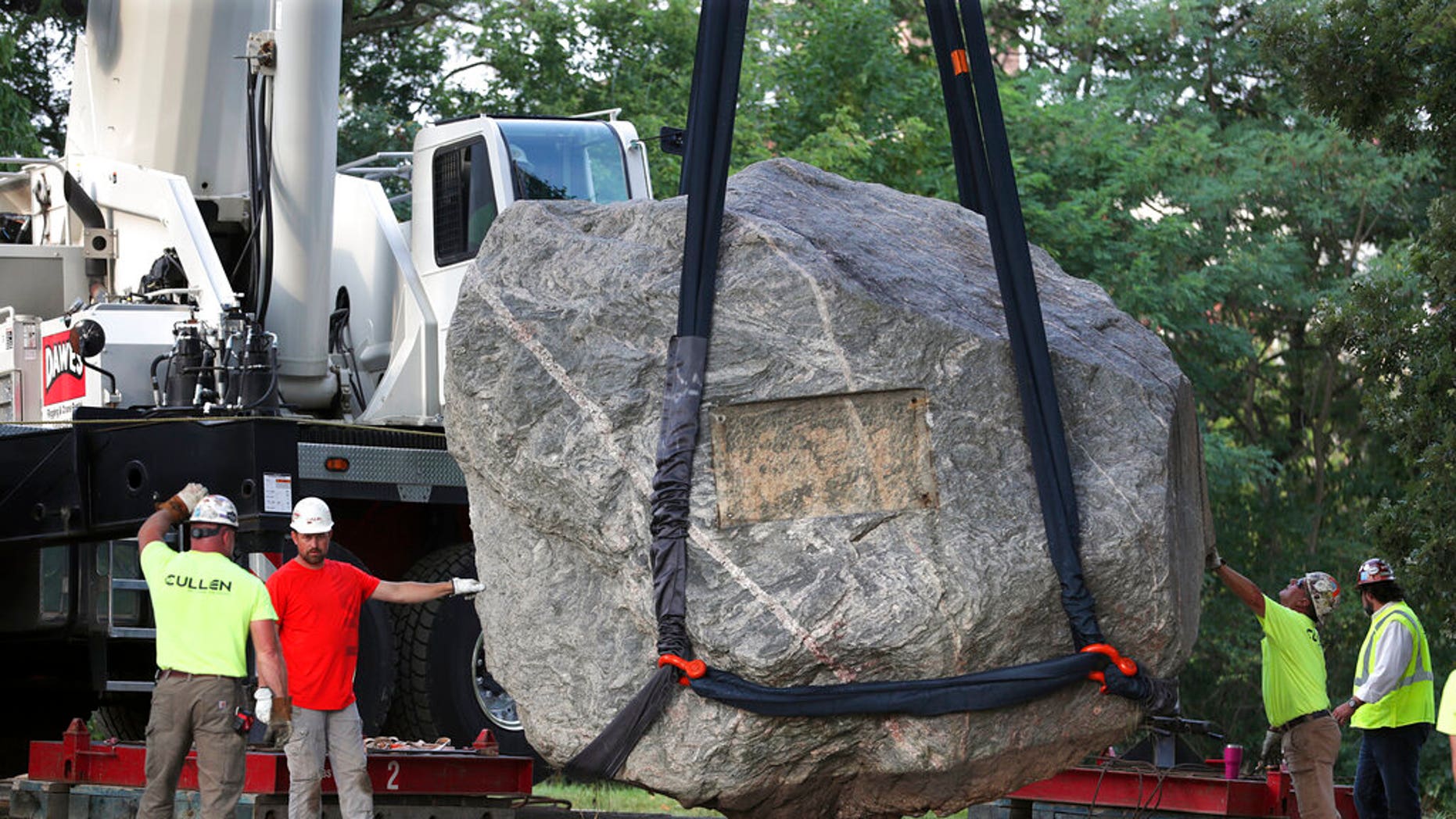 This is the nuttiest of the racial reckoning.

The University of Wisconsin removed a controversial boulder from its Madison campus Friday after the Black Student Union and other activists objected to its description nearly 100 years ago with a racial slur.

Chamberlin Rock, which rests atop Observatory Hill, is named after a 19th Century geologist and former university president, Thomas Crowder Chamberlin, whose work centered on glacial deposits, according to a bio on the university’s website. ...

The rock was a rare specimen believed to be more than 2 billion years old, and before it was installed on Observatory Hill, only about a foot and a half was visible above ground, according to the article. It was believed to have been carried by glaciers from Canada to Wisconsin.

In the 1920s, a slang term used to describe large dark rocks included the N-word ...

I am not going to post the term, but here is the Wikipedia description:

The term was once widely used for all sorts of things, including nautical bollards[3][4] and consumer products including soap, chewing tobacco, stove polish, canned oysters and shrimp, golf tees, and toy cap pistols, among others. It was often used for geographic features such as hills and rocks and geological objects such as geodes.[5][6] The term appears in several US patents for mechanical devices prior to about 1950.[7][8]

The point is that this term was just a common term about rocks. It had nothing to do with this particular Wisconsin rock. THey are just digging up the rock because someone once used a slang term for it a century ago.

What are they going to do, dig up all the rocks? How is that leading to social justice? Do Blacks look at rocks in the ground, and see them as symbols of slavery? This is just madness.

I am old enough to remember a candy sold as "n" babies when I was young. We all loved the candy, can't find much about it online now. It seems a lot easier to erase history from online.