Why Most Obituaries Are of White Men 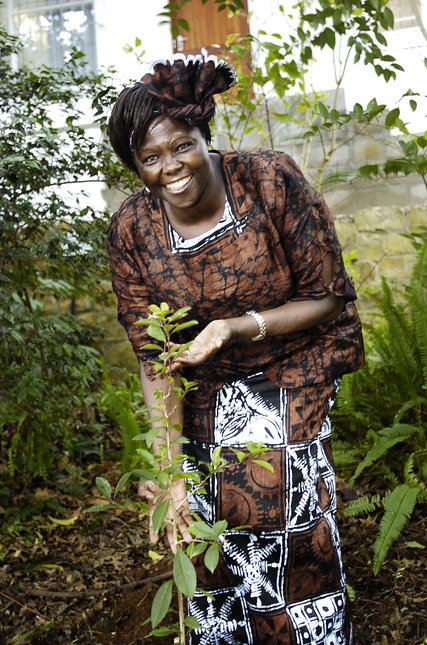 
So why not more women and people of color on the obituary pages? (Why, for that matter, not more openly gay people, or transgender people?)

The larger answer: Because relatively few of them were allowed to make such a mark on society in their own time. Universities may have barred them. Businesses and political parties may have shut them out. The tables of power were crowded with white men; there were few seats for anyone else.

Do you believe that? About 95% of the great accomplishments of the world are by white men. And that's all because universities, businesses, and political parties have shut out women and ppl of color?

American universities are mostly women. They have not had any barriers to ppl of color for at least 50 years. In many other countries, the opportunities are mainly for ppl of color.

The picture at the top of the NY Times article is that of a South African woman who "began a movement to reforest Kenya by paying poor women to plant trees." Really? Is that what passes for a great accomplishment when the paper wants to write obituaries of ppl other than white men? It is pitiful. Agriculture was invented 10,000 years ago, but Kenya needs to have others pay poor ppl to plant trees. It is a wonder that they do not all starve to death.
Posted by Roger at 8:00 AM

Email ThisBlogThis!Share to TwitterShare to FacebookShare to Pinterest
Labels: men