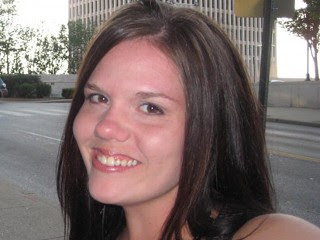 I posted below a fishy story about a man being charged with sex abuse. The accusation seemed improbable and unfounded to me. This is a big problem for men who volunteer for youth activities. Now here is a story about what seems to be a phony charge against a woman:

Nicole Howell, 26, was a first-year English teacher finishing up a lesson on Shakespeare's "Romeo and Juliet," when she was pulled out of her Dayton High School classroom in December and told she was being suspended for having sex with a student.

"I thought it was preposterous," she said.

It got worse. Howell was arrested for first-degree sexual abuse less than a month later and faces a trial in the fall. Her teaching certificate is in jeopardy and she's had to move back home with her parents.

Howell said the beginning of her first year as a teacher was going well until early December when she started hearing rumors in the hallway.

Howell said she was told that both boys denied any sexual contact with her to the principal. Other rumors that followed, including that the accuser's father drove his son to her apartment for sex, was also disproved, Howell said.

But on Dec. 15 when she was suspended, Howell said the principal told her that the accuser, who had been threatened with possible expulsion for lying about such a serious allegation, had recanted his denial and was accusing Howell of having sex with him.

She will have to prove her innocence, but in court in the press, against the flaky anonymous charges.

I don't have all the facts here, but I think that the principal, prosecutor, and newspaper should ignore such an implausible and unsubstantiated story unless there is some rock-solid evidence of something really harmful. And there is not.
Posted by Roger at 11:00 AM