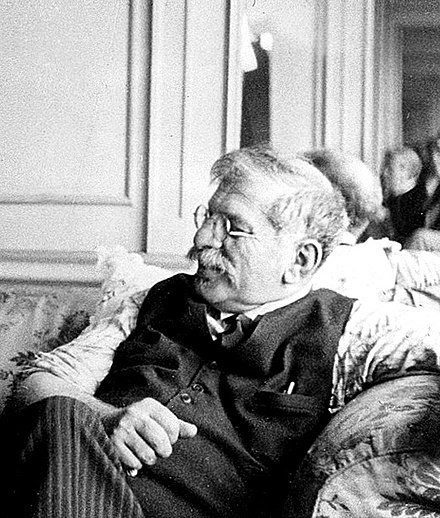 Scientific American magazine published a paywalled article praising Magnus Hirschfeld as the great pioneering sex researcher of the XX century. Without him, we would not have the pregnant man emoji.

I am interested in how we got to the present day, and this man gives a clue.

This essay describes his 1934 book:

Above all, Hirschfeld asserts in these chapters that race has no biological basis but that sexuality does. Or, to put it another way, Hirschfeld argues that a homosexual is “born that way” and thus on some level determined by his biological make-up, but that a African man is not determined in any way by his genetic ancestry. As Hirschfeld says, “beyond question, the sexual type conquers the racial type.” Isn’t this the philosophy of the present day?

So he was way ahead of his time. What did his contemporaries think?

Despite the bankruptcy of his science, the dramatic success of the Scientific Humanitarian Committee at mobilizing large sectors of German and European society on behalf of homosexuals was due to Hirschfeld’s personality. Like many Jewish intellectual leaders, he was an aggressive and relentless agitator. Respecting few social codes, he was the darling of the Social Democrats and the reviled enemy of Weimar conservatives (Hitler referred to Hirschfeld as “the most dangerous Jew in Germany”). By the end of the 1920s Hirschfeld’s activism meant that Weimar Germany saw homosexuality less as a medical disorder and sign of degeneration than as a major cause célèbre.

Is this part of why Hitler hated the Jews? Did he see them as leading Germany into decadence?

Hirschfeld seems to have been a respected and influential researcher, and yet his work is garbage. How does that happen?

He does not appear to have been an Orthodox Jew, or particularly religious. And yet being Jewish seems to have a large bearing on his life, philosophy, and acceptance.

Race is a social construct and correlation does not equal causation.

"Race is a social construct" is just a nonsensical anti-science leftist slogan. You can send your spit to Ancestry or 23andme, and a DNA test will tell you your race.

Yes, correlation does not equal causation. I often make that point on this blog.