How would you feel ... taking over? 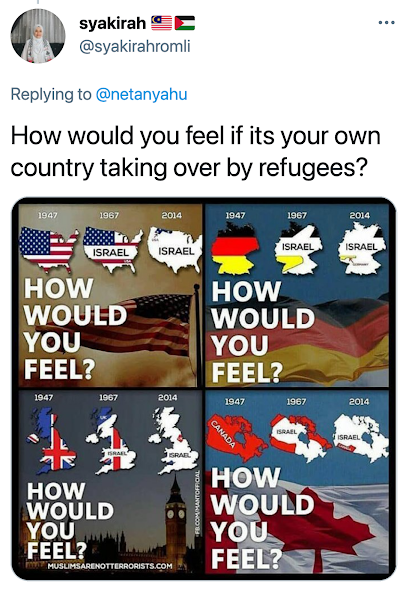 I found this posted. There are a couple of ways of reading this. I am guessing that he is appealing to those who do not want refugees taking over their country, and they do not want Jews taking over either.

Dennis Prager is another radio host and podcaster with view similar to Shapiro. They are both Orthodox Jews and extremely pro-Israel. They both spend most of their time denouncing Leftists as threats to civilization as we know it. They both denounce White Supremacists and Anti-Semites at every opportunity, but see the White Supremacists as being of no consequence. The Leftists are the real enemy. The Leftists are the enemies of Jews and Israel, but also much more widely, the enemies of America, freedom, truth, civilization, and everything good.

The result is that Shapiro and Prager are really attacking a lot of Jewish Leftists, and Jewish-led Leftist movements.

Shapiro is also attacking Rep. Marjorie Taylor Greene (R-Ga.) for tweeting “Vaccinated employees get a vaccination logo just like the Nazi’s forced Jewish people to wear a gold star.” Other Jews want her expelled from Congress. Apparently the Jews like to regulate Nazi analogies.

The NY Times is so eager to blame Trump that it ran an editorial opinion under the headline, “Attacks on Jews Over Israel Are A Gift To The Right”. No, right-wingers are not the ones attacking Jews, except that some might be using unapproved Nazi analogies.