The Bachelor is trolling us 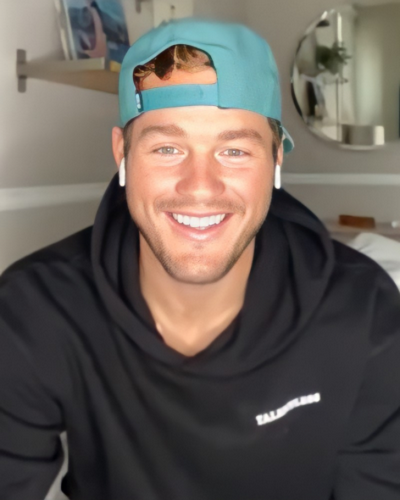 Underwood, a former football player, was first introduced to viewers in 2018 as a contestant on Becca Kufrin's season of "The Bachelorette." He then joined the cast of "Bachelor In Paradise" in Season 5, before becoming "The Bachelor" in 2019 for its 23rd season.

He had a relationship for a year and a half with a contestant he met on that season, Cassie Randolph.

Is this a courageous admission that sacrificed his TV career? No, just the opposite:

Anything for show business. I am guessing that in a couple of years, he will announce that he is now straight, and go back on The Bachelor. Or he will change his gender identity, and go on a reality TV show about that. Or he will enter into an interracial marriage and adopt an African transgender child. This game can be played a few more times.
Posted by Roger at 6:00 AM