Rivers of Blood in Sweden

Slate Star Codex is a very popular blog written by an anonymous rationalist Jewish psychiatrist. It is usually quite good, but I was struck by this off-hand comments:


Compare all the anecdotes and popular lore about how immigrants are criminals. It’s totally false – immigrants have crime rates well below native-born citizens. But we only know that because there have been really good studies. If the studies hadn’t been done, and all we had to go on was the daily lurid stories about a Mexican guy knifing someone, who would believe it? In the absence of real studies, the media’s ability to spin a compelling narrative casting some people as monsters feeds on itself forever. We know that happens relatively often. Are we sure this time is different?

No, there are no such studies. Just propaganda from pro-immigration academics.

What are you going to believe, what you can see with your own eyes, or some bias studies?


STOCKHOLM — Sweden may be known for its popular music, IKEA and a generous welfare state. It is also increasingly associated with a rising number of Islamic State recruits, bombings and hand grenade attacks.

In a period of two weeks earlier this year, five explosions took place in the country. It’s not unusual these days — Swedes have grown accustomed to headlines of violent crime, witness intimidation and gangland executions. In a country long renowned for its safety, voters cite “law and order” as the most important issue ahead of the general election in September.

The topic of crime is sensitive, however, and debate about the issue in the consensus-oriented Scandinavian society is restricted by taboos.

To understand crime in Sweden, it’s important to note that Sweden has benefited from the West’s broad decline in deadly violence, particularly when it comes to spontaneous violence and alcohol-related killings. The overall drop in homicides has been, however, far smaller in Sweden than in neighboring countries.

Gang-related gun murders, now mainly a phenomenon among men with immigrant backgrounds in the country’s parallel societies, increased from 4 per year in the early 1990s to around 40 last year. Because of this, Sweden has gone from being a low-crime country to having homicide rates significantly above the Western European average. Social unrest, with car torchings, attacks on first responders and even riots, is a recurring phenomenon.

Shootings in the country have become so common that they don’t make top headlines anymore, unless they are spectacular or lead to fatalities. News of attacks are quickly replaced with headlines about sports events and celebrities, as readers have become desensitized to the violence. A generation ago, bombings against the police and riots were extremely rare events. Today, reading about such incidents is considered part of daily life.

... that some neighborhoods are definitely no-go for ambulance drivers — at least without police protection. ...

Since crime is intimately linked to the country’s failure to integrate its immigrants, the rise in violence is a sensitive subject. When the Swedish government and opposition refer to the country as a “humanitarian superpower” because it opened its doors to more immigrants per capita during the migrant crisis than any other EU country, they mean it. This has resulted in some impressive contortions.

Note that the Swedish authorities claim that immigration is a success, while any fool can see that it has ruined the country. 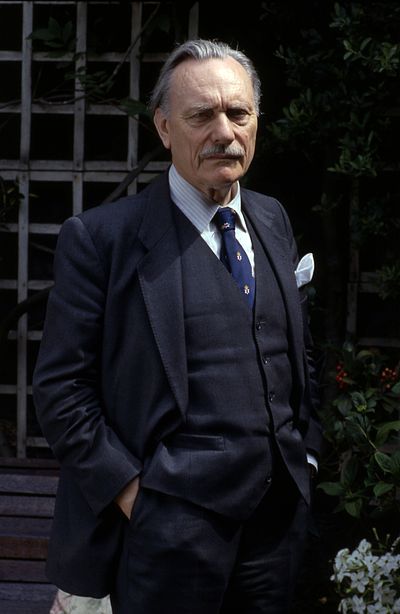 The problems of immigration were famously predicted:


Fifty years ago today, on 20 April 1968, the austere shadow defence secretary Enoch Powell MP made a speech in Birmingham. ...

Powell's River of Blood speech was a first and that's why it was so electric.

It was the first time that a major politician had spoken out against the cosy establishment consensus on immigration which had prevailed between both parties since the war.

By the late 1960s, hundreds of thousands of Commonwealth citizens had exercised their legal right and settled in Britain. ...

Moreover employers in Britain, facing a labour shortage, actively recruited in the wider English-speaking world, especially where workers were cheap.

Neither Labour nor the Tories had substantially different positions. ...

Powell's greater concern was that immigration would erode the national character. ...

His greatest preoccupation is not even the immigrants coming but rather their descendants, the "native-born" who, he worried, would "constitute the majority" of the ethnic minority population in a few decades hence.

Britain, he said, "must be mad, literally mad, as a nation" to be allowing such "inflow". These native-born would be betwixt and between two worlds and fundamentally alter Britishness for the worse. ...

Moreover Powell, for many years hence legitimised a certain type of nativism. Even today, the words "Enoch was right" can be found on many a far-right placard. ...

In a world where the infamous "no dogs, no blacks, no Irish" was a commonplace refrain, this was a significant change. ...

As historian Robert Saunders of Oxford University told me: "If you take that speech in 1968, you have the manifesto of modern populism; the idea that speaking out against immigration is the act of a courageous and visionary statesman, it's the idea that what immigrants want is domination, what they want is the whip hand over the local population, it's the idea that what liberalism is about is about giving privileges and preferences to minority groups and that has been the position of populists ever since."

The UK BBC is rebroadcasting the speech today.

Yes, the immigration was literally mad, and the children of immigrants have fundamentally altered Britishness for the worse.

Update: You can now listen to the UK BBC Radio 4 program. It can be streamed, but not downloaded. It is not really a rebroadcast, because it was never broadcast in the first place. An actor reads it from a transcript. The program interrupts every few sentences to keep telling us what a racist and foolish speech it was.
Posted by Roger at 9:30 AM