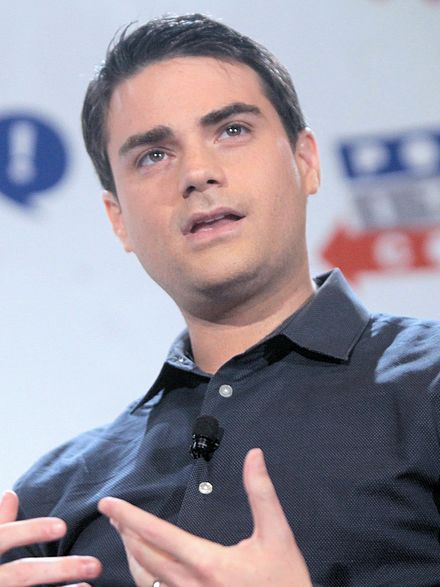 Quillette is an online political magazine. Some people think that it is right-wing, because it is not overrun with leftist SJWs, but it is not. Currently it trashes Ben Shapiro's book:


This also allows Shapiro to skirt the obvious hostility the church showed toward intellectual inquiry for centuries. Shapiro writes as if the church had never banned a book or burned a heretic:


Contrary to popular opinion, new discoveries weren’t invariably seen as heretical or dangerous to the dominion of the Church; in fact, the Church often supported scientific investigation.

The Church was indeed the only place where any kind of inquiry could be conducted at the time. It was the only place where people were literate and enjoyed steady funding and access to instruments. But the Church only encouraged inquiry to the extent that it could reinforce and expand its own doctrine, which is a bit like the state telling you that you are free to make whatever art you like, just as long as you don’t criticize the regime. The first major scientific challenge to the Church was heliocentrism. ...

In fact, Copernicus had finished his treatise years earlier (there are records indicating that the manuscript had been completed as early as the 1530s), but he withheld it, aware that its publication could be life-threatening, and circulated only a few anonymous copies to his close friends.

No, this is just foolish anti-Catholic propaganda. The Copernicus story is rebutted here:


The myth that Copernicus feared religious persecution and delayed publication of his book as a result is nonsense. He was part of a late medieval/early modern culture that was already questioning the Ptolemaic and Aristotelian orthodoxy and looking for a more elegant and precise mathematical underpinning for astronomy. He did not keep his theories secret and was strongly encouraged and supported in his work by leading churchmen, including several bishops, three cardinals and the Pope. His hesitation came from his correct perception that Aristotelian scholastics would reject his thesis primarily on physical grounds, though their synthesis of that physics with theology would also be a motivator. Finally, when he did publish his work the religious objections were few and far outweighed by scientific ones until the discoveries of the seventeenth century slowly turned the consensus in the favour of heliocentrism.

As far as I know, the Church never did ban a book or burn a heretic. Some witches and other heretics were burned by the civil authorities in Catholic countries, but not by the Church.

The Copernicus book was placed on a list indicating that nine sentences were inconsistent with Church teachings. The book continued to be available in Catholic countries, with an understanding that those nine sentenced ought to be corrected.

The Church was more tolerant of adverse opinions than Facebook is today.

Meanwhile, Shapiro denies that he is alt-right. Reason mag explains:


My forthcoming book, Panic Attack: Young Radicals in the Age of Trump (pre-order here), includes an entire chapter on the alt-right. I covered some of their rallies and interviewed prominent members, including their best-known leader, Richard Spencer. In brief, the alt-right is a white nationalist movement that promotes an identitarian worldview: They think a person's worth is determined by his membership in a race-based group. ...

Needless to say, these are ugly and overtly racist beliefs. They are also at odds with what Shapiro, as a Jewish man, represents.

No, it is not at odds with Shapiro represents. Shapiro is very much a Jewish nationalist who promotes and identitarian worldview. To him, a person's worth is determined by his Jewishness.

It is true that Shapiro attacks identity politics in non-Jews, but most people care only about their own ethnic group, and do not support other ethnic divisions.

Shapiro is an orthodox Jew, and so is much more conservative that the more visible secular leftist Jews who control the Democrat party and the news media. So it is more accurate to call him Jewish neo-con than alt-right.
Posted by Roger at 8:00 AM