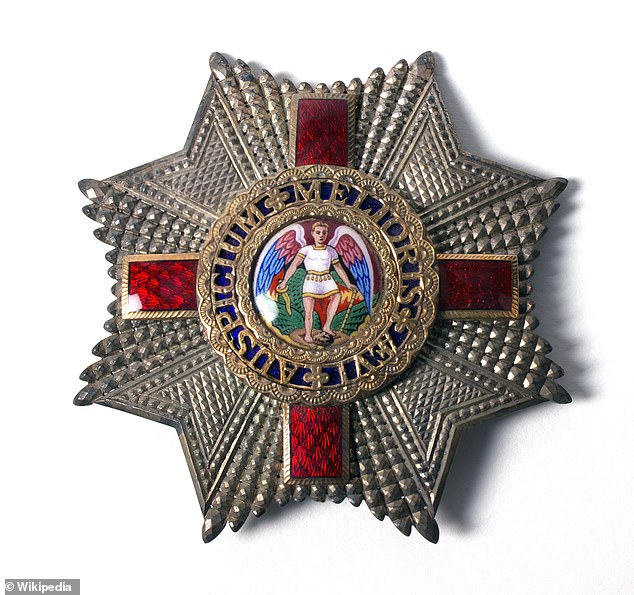 
The Cabinet Office has said recipients of the Queen's 'racist' knighthood honour can exchange the award for an updated design after after a petition was launched claiming its insignia is 'racist' and 'looks similar to George Floyd's killing'.

The insignia for the Most Distinguished Order of St Michael and St George - one of the Queen's highest honours - once featured a picture of a white angel standing on the neck of a black man.

The image, which was changed in 2011 to feature a light-skinned devil, is actually a depiction of the Archangel Michael defeating Satan. ...

An image on the badge shows St Michael trampling on a prostrate Satan, but campaigners say it looks like the recent killing of Mr Floyd.

George Floyd lived a life of crime, and died of a heart attack over overdosing on fentanyl in Minnesota. And somehow people in England think that relating an award symbolically showing defeat of the devil?!

The madness has spread worldwide.