Neanderthals were artists and thought symbolically 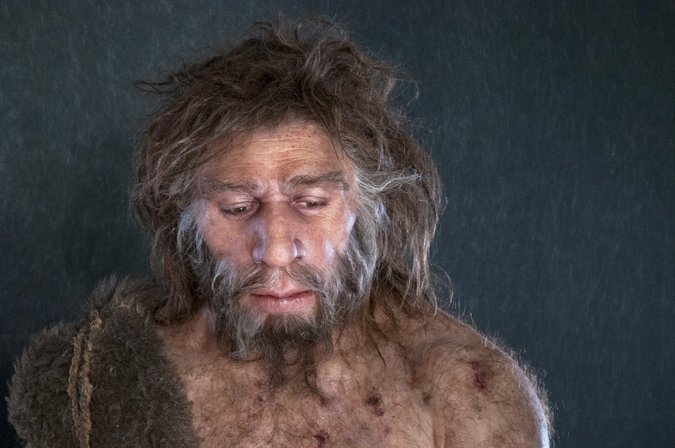 
Hominins have lived in Western Spain’s Maltravieso Cave off and on for the last 180,000 years. At some point in those long millennia of habitation, some of them left behind hand stencils, dots and triangles, and animal figures painted in red on the stone walls, often deep in the dark recesses of the cave. The art they left behind offers some of the clearest evidence for a key moment in human evolution: the development of the ability to use symbols, like stick-figure animals on a cave wall or spoken language. ...

Now, two new studies have dated cave art and decorated shell jewelry from sites in Spain to at least 20,000 years before the first [African] Homo sapiens arrived in Europe. That date offers the first clear evidence of Neanderthal art, which means our extinct relatives were also capable of symbolic thought. ...

“There was already evidence that Neanderthals were behaving symbolically, using pigments and beads presumably as body adornment. We didn’t think it would be a huge leap if we found they also painted caves,” he told Ars Technica. “But if you had asked academics if they thought Neanderthals painted caves, most would have said ‘no.’”

Did they think that Africans figured out how to paint caves all by themselves?

Evidence has been accumulating for a long time now that Africans did not discover cave art until after they started interbreeding with European Neanderthals, about 40k years ago.

The article says that Neanderthals were "our extinct relatives", but they were actually direct ancestors of today's white Europeans.

It appears that the European Neanderthals foolishly accepted the Africans as refugees, but the Africans murdered the men, raped the women, and stole the inventions like cave art.
Posted by Roger at 8:00 AM