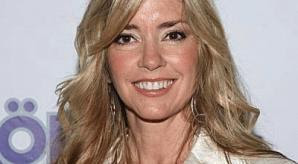 Jodie Fisher, 50, identified herself through her attorney as the independent marketing contractor whose allegations eventually caused Friday's stunning resignation of Mark Hurd, CEO of HP.

"I was surprised and saddened that Mark Hurd lost his job over this," Fisher said in a written statement released by Los Angeles attorney Gloria Allred. "That was not my intention."

Fisher said she has reached a private, out-of-court settlement with Hurd, but did not disclose the financial terms.

No, her intention was a private shakedown. She collected unauthorized payments and benefits from HP, and a private payoff from Hurd. HP says that her complaint has no merit, and she is satisfied with the monetary payoff.

I wonder how often rich executives get blackmailed like this. Maybe they should either avoid female golddiggers, or have witnesses present.
Posted by Roger at 11:51 AM