Mindreading is The Next Big Thing 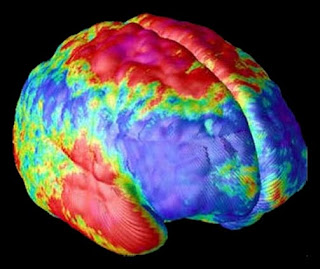 This layered process of figuring out what someone else is thinking — of mind reading — is both a common literary device and an essential survival skill. Why human beings are equipped with this capacity and what particular brain functions enable them to do it are questions that have occupied primarily cognitive psychologists. ...

Zealous enthusiasm for the politically charged and frequently arcane theories that energized departments in the 1970s, ’80s and early ’90s — Marxism, structuralism, psychoanalysis — has faded. Since then a new generation of scholars have been casting about for The Next Big Thing.

The brain may be it. Getting to the root of people’s fascination with fiction and fantasy, Mr. Gottschall said, is like “mapping wonderland.”

Literature, like other fields including history and political science, has looked to the technology of brain imaging and the principles of evolution to provide empirical evidence for unprovable theories.

I do think that a lot of fiction is particularly appealing to those with mindreading delusions.

It all seems very scientific if the publications show brain scans, even if it is an attempt to prove some unprovable theories.
Posted by Roger at 9:00 AM