The only realistic scenarios are:

1. Trump handily wins the election, and by sufficient margin that the Democrats realize that they will sound like sore losers again. I consider this most likely.

2. Biden wins easily, at which point Trump will Tweet about election fraud and leaves office having given us a four year respite. I consider this least likely.

3. The results are unclear, and between election day and Dec. 14, when the Electoral College meets, the Democrats "find" millions of votes. This will have to be so massive that Trump refuses to recognize this fraud. The Democrats use their ownership of many Obama's generals to call for a military coup d'etat, likely branding them as fascists for a generation. If Trump is smart, he will federalize National Guard units in friendly states, and call up the unorganized militia. I think several million armed Trump supporters could be in DC in a day to prevent such a regular military coup. Many lower-ranking officers and enlisted men would refuse their orders and perhaps even switch sides as happened during the 1877 railroad strikes, where organized state militias refused to open fire on strikers, and in some cases changed sides. This is a doomsday scenario, with tanks and aircraft following the Commander-in-Chief's orders against Army units loyal to the DNC.

This leads to civil war. A mixture of responsible adults and likely some lunatic fringe groups set up free fire zones around federal government buildings to stop federal law enforcement. Few bureaucrats or office workers will risk death from snipers to go to work.

The doomsday scenario seems unlikely, but what if it has a 10% chance of happening? That might be enough to arm oneself, or move to a friendly state.

Look at this chart: 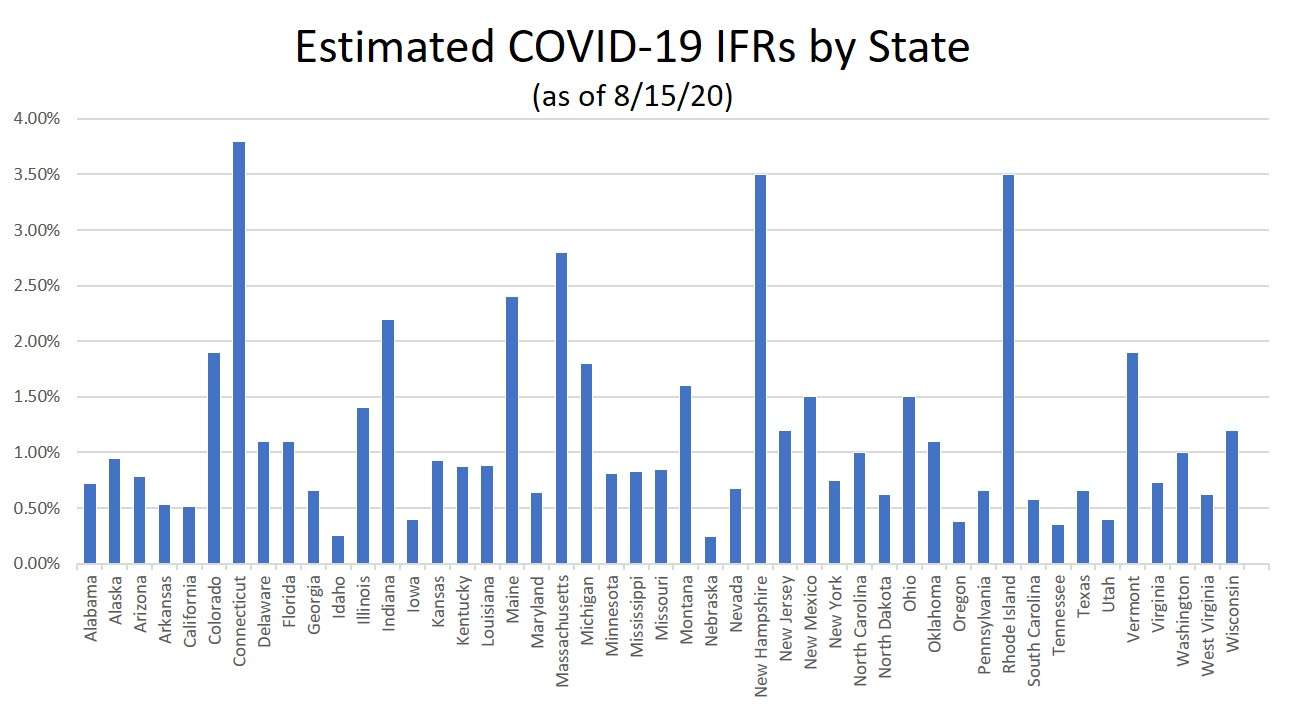 The infection fatality rate in some states is vastly higher than for some other states. Do we have a good explanation for this? If not, what do we know?

Plenty of Democrats argue that we could have done a better job of fighting COVID-19. This chart would seem to imply that if Connecticut had done what Nebraska did, then a lot of live would have been saved. But what was that, if anything?

No one knows. There is not even a clear consensus on whether lockdowns, hand washing, and masks had any significant effect in fighting the disease. Probably they did some good, but how much?