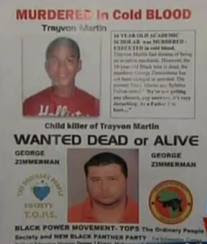 SANFORD, Fla. -- The Trayvon Martin case took a bizarre turn Tuesday when George Zimmerman's attorneys quit, complaining that they have lost all contact with him and that he called the prosecutor and talked to a TV host after they told him not to speak to anyone.

The lawyers portrayed the former neighborhood watch captain as erratic and his mental state as shaky, and they expressed fear for his health under the pressure that has been building in the month since he shot and killed Martin, an unarmed black teenager.

Craig Sonner and Hal Uhrig should be disbarred. They have violated attorney-client privilege, and abandoned a client without good cause. They misunderstand the lawyer's duty to advise the client, not give him orders. Worst of all, they have damaged their client's case by portraying him as someone who disrespects authority. The prosecutor will say that Zimmerman not only disobeyed the 911 operator, he disobeyed his own lawyers.

I am not convinced that Zimmerman did disobey the 911 operator, or that he committed a crime even if he did. I also believe in innocense until proven guilty. He is about to be charged:

According to a source familiar with Florida Special Prosecutor Angela Corey's plans, George Zimmerman will in fact be charged in the shooting of Trayvon Martin. According to the Washington Post, Chase will hold a press conference as early as this afternoon to announce what charges she'll bring, though since she's not empaneling a grand jury, it can't be first-degree murder, per Florida law.

The fix is in. An honest prosecutor doing a non-political investigation would take the case to the grand jury. Even the Barack Obama administration is getting into the act, and attempting to racialize the issue:

Earlier, Attorney General Eric Holder said he would take appropriate action if evidence of a civil rights crime is found to have been committed in the shooting.

The Justice Department launched an investigation of the Martin killing three weeks ago.

"I know that many of you are greatly — and rightly — concerned about the recent shooting death of 17-year-old Trayvon Martin, a young man whose future has been lost to the ages," Holder told the 14th annual convention of the National Action Network, three days of discussion on race issues.

Three days of racial discussion? I still don't see any evidence that race had anything to do with the shooting or the investigation, until Obama and other race-baiters turned it into a racial issue.

Some people say that Zimmerman was the agressor based on the 911 transcript:

However, later in the call, Zimmerman says that he is waiting at a parked car for the cops, and that he does not know where Martin is. So it appears to me that he stopped following Martin while Martin ran away. How they got into a fight has not been explained.
Posted by Roger at 12:45 PM

Oh, so this is that famous story I've been hearing for quite a while now. That lawyer was obviously getting the wrong and deadly information that he was dealing with who seemed like a kid. Bad!

That was a sad story that I heard. I hope other lawyers wouldn't do this to their clients. Is it for sake of money?