No more last meals in Texas 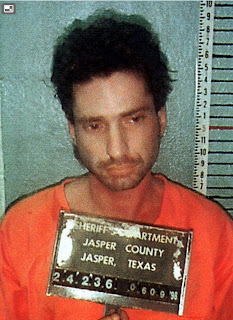 Texas has ended the last meal:

Before Mr. Brewer was executed by lethal injection in the Huntsville Unit on Wednesday, he was given the last meal of his request: two chicken-fried steaks with gravy and sliced onions; a triple-patty bacon cheeseburger; a cheese omelet with ground beef, tomatoes, onions, bell peppers and jalapeños; a bowl of fried okra with ketchup; one pound of barbecued meat with half a loaf of white bread; three fajitas; a meat-lover’s pizza; one pint of Blue Bell Ice Cream; a slab of peanut-butter fudge with crushed peanuts; and three root beers.

The meal outraged State Senator John Whitmire, a Houston Democrat and chairman of the Senate Criminal Justice Committee. In a phone call and letter to the executive director of the state prison agency, Mr. Whitmire asked that the agency end the practice of last meals or he would get the State Legislature to pass a bill doing so.

I am all in favor of executing the creep, but every man should eat a meal like that at least once in his life. Denying this last meal is like denying a last confession.
Posted by Roger at 4:20 PM

So is that what killed him? It certainly would have finished me off.