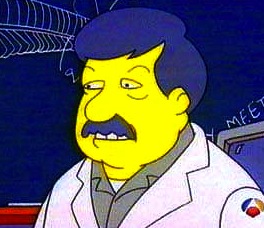 I have posted before about how leftist-atheist-evolutionist Stephen Jay Gould got famous on bogus IQ work. You might think that it is unfair to criticize him after he is dead, but he was thoroughly debunk while still alive. See this account:


In 1986, I mailed my results to Gould, who requested we meet after he gave a lecture in May at the University of Minnesota. Our meeting lasted perhaps five minutes. He told me that I “missed the point,” and abruptly ended the conversation, ignoring me and instead speaking to the man next to him. My recollection is that he did not say goodbye, so I simply walked away. […] After I published my paper in 1988, I sent Gould a copy but got no response. When I wrote him again, he replied that he had lost it and requested another copy, which I sent. I never heard back from him.

Gould's books are still big sellers. His point was to promote his leftist political goals by convincing the public that evolution does not apply to humans and there is no such thing as IQ.

Of course there have been lots of professors who have been guilty of sloppy, dishonest, or fraudulent work. He was on another level. He liked to denounce others for being racist, while he was a closet Marxist who faked his data in order to support his political character assassinations. And somehow he maintained the support of other liberal anti-American professors.

Update: Peter Frost says Gould distorted the work of a guy who died in 1840:

The Caucasus was the last area where one could freely buy fair-skinned women for marriage or concubinage, typically for clients in the Middle East, North Africa, and South Asia. Previously, the zone of recruitment had been larger, extending into what is now Ukraine and southern Russia. Further back in time, it had covered almost all of Europe. But this earlier page of European history was largely forgotten by Blumenbach’s time.

Blumenbach really had only one original idea. He saw a causal link between the biblical account of the Flood and the beauty of European women, particularly those from the Caucasus. But that single flash of insight would leave no lasting impression on future generations.

And that is where the term Caucasian comes from?
Posted by Roger at 8:00 AM