Neanderthals were ancestors to most people 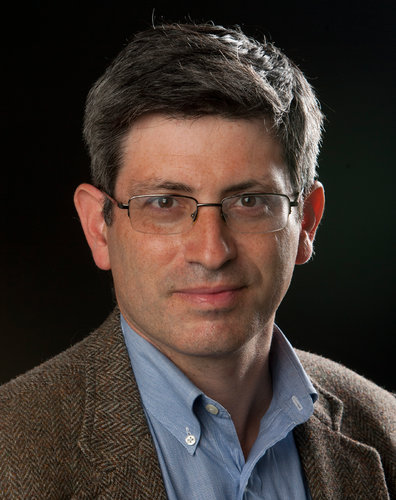 
In 2010, scientists made a startling discovery about our past: About 50,000 years ago, Neanderthals interbred with the ancestors of living Europeans and Asians.

Now two teams of researchers have come to another intriguing conclusion: Neanderthals interbred with the ancestors of Asians at a second point in history, giving them an extra infusion of Neanderthal DNA.

The story is phrased in a way to suggest that the offspring of that interbreeding died out, or that African ancestors are somehow more worthy than European ones. It is like octaroons denying black ancestry.


Based on these differences, scientists estimate that the Neanderthals’ ancestors diverged from ours 600,000 years ago.

This only makes sense if "ours" refers to Africans. The author, Carl Zimmer, is white as in the photo, so those Neanderthal ancestors are also his ancestors.


Our own ancestors remained in Africa until about 60,000 years ago, then expanded across the rest of the Old World. Along the way, they encountered Neanderthals. And our DNA reveals that those encounters led to children.

Now he is talking like a white boy. Being white, his DNA reveals that his African ancestors mated with his Neanderthal ancestors.


Today, people who are not of African descent have stretches of genetic material almost identical to Neanderthal DNA, comprising about 2 percent of their entire genomes.

Wait a minute -- didn't he just say that we are all descended from Africans? So who are these people "not of African descent"?

This article is all about trying to explain the fact that Caucasians have 2% Neanderthal DNA, Orientals have 2.4%, and Negroes have 0%. These terms have fallen out of favor, and the article says "People in China, Japan and other East Asian countries" instead of Orientals. Maybe that is clear enuf, but "African descent" is a confusing word for Negro.

As far as I know, these racial terms are not considered offensive. People don't like the terms because they don't like the idea of dividing humans into racial groups. However, the reported research is all about genetic differences in the three major racial groups, so if you do not believe in the distinctions then none of this makes any sense.

Stranger is how stories about Neanderthal ancestry refuse to admit that Neanderthal were ancestors. Zimmer talks about them as if they are sub-human animals who were just not good enuf to be called ancestors. He writes:

People who inherited a Neanderthal version of any given gene would have had fewer children on average than people with the human version.

The human version? So he is saying that the Neanderthal genes are not human.

Neanderthals interbred with Africans, and all 6 billion non-Negroes today are the direct descendants. It seems crazy to call those Neanderthal genes non-human.

Zimmer has been writing on this topic for years, but even he gets confused by his own racial political correctness. An earlier article had this correction:


Correction: January 29, 2014
An earlier version of this article misstated the living groups in which Neanderthal genes involved in skin and hair are very common. They are very common in non-Africans, not non-Asians.

He should have just said that the Neanderthal genes are common in Caucasians and Orientals. The article also said:


That suggests that male human-Neanderthal hybrids might have had lower fertility or were even sterile.

Overall, said Dr. Reich, “most of the Neanderthal genetic material was more bad than good.”

That research is refuted by the current research. No one in the NY Times would ever say such a thing about a living racial group. People often slander Neanderthals.

Anthropologist John Hawks defends Neanderthals against various negative stereotypes. He notes a new book on The Invaders: How Humans and Their Dogs Drove Neanderthals to Extinction. A lot of this is speculative, of course, as dogs were only domesticated 15kyrs ago, and Neanderthals went extinct 40kyrs ago.

“Whiteness” as a concept is not new. W. E. B. Du Bois wrote about it in the 1920s; James Baldwin addressed it in the 1960s. But it did not gain traction on college campuses until the 1980s, as an outgrowth of an interdisciplinary study of racial identity and racial superiority. It presumes that in the United States, race is a social construct that had its origins in colonial America when white plantation owners were seeking dominance and order.

Today “white privilege” studies center on the systemic nature of racism as well as the way it exposes minorities to daily moments of stress and unpleasantness — sometimes referred to as “micro-aggressions.” Freedom from such worries is a privilege in and of itself, the theory goes, one that many white people are not even aware they have.

No, racial is not just a social construct that was invented to grow cotton.
Posted by Roger at 8:00 AM