Easter Island not destroyed by logging 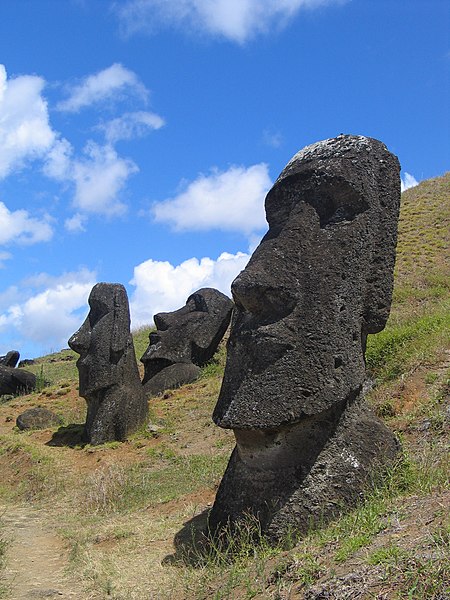 Jared Diamond is probably the world's best known anthropologists, and certainly the best known geography professor, and gets high praise for his books. I have always been skeptical, as he does a lot of grand theorizing without much facts to back him up. In particular, he has detailed theories about the downfall of Easter Island, even tho there are no written records.

Now new research says that much of Diamond's theory is false:


Synopsis: Rapa Nui, also known as Easter Island, is one prominent example where the decline of its indigenous population seems to have preceded contact from Europe. Stevenson and colleagues used archaeological survey methods to understand the use of land in different periods of Rapa Nui prehistory, finding that the reduction in land used for crops was gradual and seemed to reflect the land productivity under changing climatic conditions.

Important because: Jared Diamond prominently featured the Rapa Nui "collapse" as a case where a colonizing human population pushed its environment past the limit, resulting in a catastrophic loss of the ability to sustain a large population. Stevenson and colleagues find that land use reflects a more complex picture, and suggest that the idea of a collapse is too simple. They conclude that the data "better reflect a framework of environmental constraint than of environmental degradation—although constraint and degradation can intergrade, as in the case of infertile soils that are suitable for shifting cultivation being degraded through overuse."